No change was made to the model in this month, simply let it go. As April was a large range market and the model was based on daily candlesticks to scan for entry and exit signals of the stocks, a time lag between the signals and the performance of the scanned stocks was expected. Although the net profit balance was less than that in the previous month almost half of the month, it had never been less than HK$30,000. At the end of the month, it increased again.

A bit of fine-tuning opportunities have been identified and improvements will be made in the coming months. By the way, a full Python-written stock scanning system is being developed to replace the part of the technical indicators now written in EasyLanguage in MultiCharts, even generating stunning charts and sending alert emails to subscribers automatically. Once it is done, the whole system is fully cloud-enabled and can be used to scan near real-time feeds all over the world. Stay tuned. 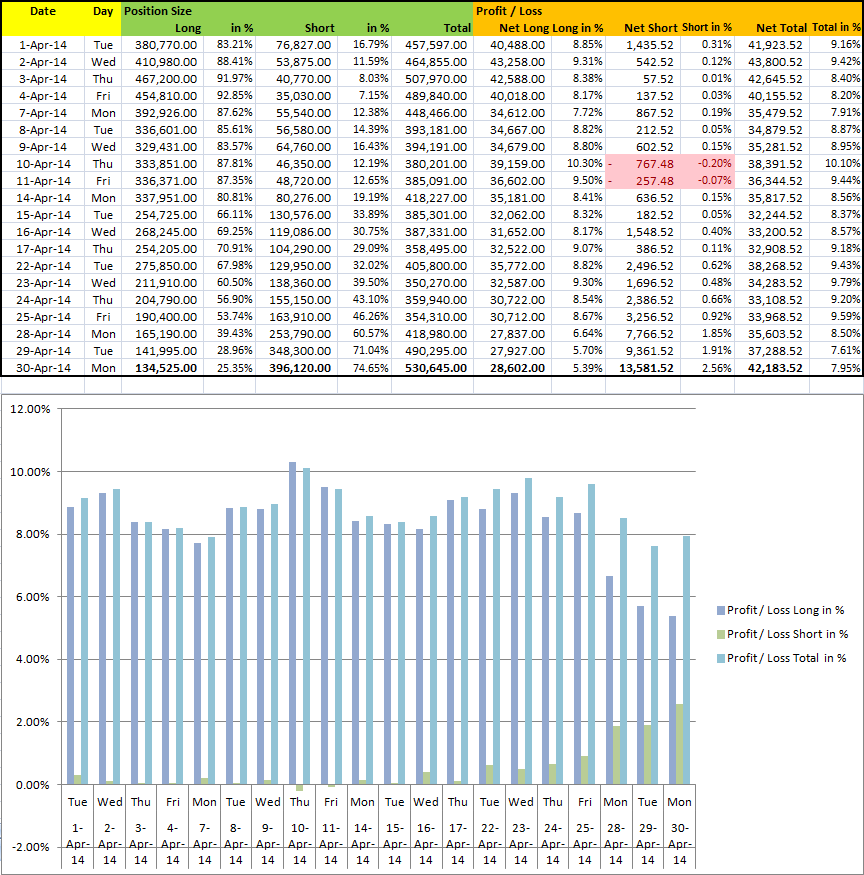